AlliesOpinions recently reviewed “The Keeper and the Rulership”. We loved it! 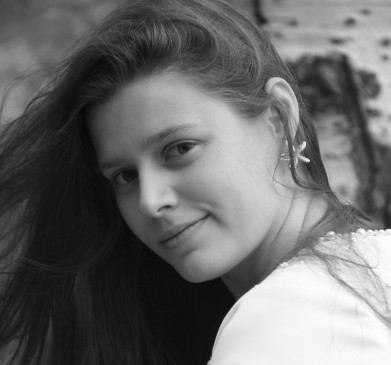 Emily Martha Sorensen is the author of The Keeper and the Rulership, Black Magic Academy, and the Fairy Senses series.  She also writes and draws a webcomic that updates every Friday: To Prevent World Peace.

She has four adorable little monsters (*ahem* children), and her husband is magnificent, wonderful, and even a great writer in the bargain: he wrote the fantasy book Prophecy, and he has a second book forthcoming soon.

Q: “The Keeper and the Rulership” is definitely unique. What gave you the idea to begin writing it?

(Grin) This is gonna sound odd.  When I was twelve, my mom had a dream she told us about where we all had to move to another house, which magically had hundreds of rooms in it.  She told us about it, and I was so tickled about it that I wrote it as a short story.  Then I wrote another short story; then I wrote another, then another.  In all, I had four short stories, all interconnected, which formed an interesting arc.

At the beginning, Raneh was a royal jerk, and she had a rival figure.  The world was much more fairy tale and much less unique.  But the core of the story interested me, and I kept poking at it over the period of fifteen years.  At last, I went on a Georgette Heyer kick (after a friend recommended her to me), and I realized what it was The Keeper and the Rulership was lacking: I wanted the society to feel less fairy tale and more Regency.  The rest flowed naturally from there.

Q: The currency of “status” is a unique concept. What exactly is status and how does someone earn it?

Giving a little bit of status, or taking a little bit, is usually used to show pleasure or displeasure with another person’s actions.  Rudeness will result in someone dinging your status.  Gratitude generally results in someone giving a little bit.  Currency is also used to buy goods, and it can be given (or taken) for any other reason, such as gift-giving.

That means it’s possible for anyone to take anyone else’s status (a.k.a. money), but it’s pretty hard for thieves to get away with anything, because a victim can take it back just as easily.  And society is, of course, disgusted with theft, so anyone who attempts to steal status is far more likely to find themselves destitute because everyone else will feel justified in snatching their status away.

To a lesser extent, status also affects your own (and other people’s) perception of how society feels about you.  People with a lot of status tend to be considered worthy of respect, because the presumption is that either they earned it, or they at least haven’t done anything that would cause them to lose it.

Q: How did the ruler come to power? I don’t recall this ever being explained in the book. I’m curious to know if this was an elected or inherited position.

Neither!  When the current Ruler dies, the Ruler’s first heir automatically becomes the new Ruler.  I guess you could say it’s inherited, but almost all of a Ruler’s heirs are adopted from other families, so she was not related to the Ruler who preceded her.  She was adopted as an heir, proved to be extremely competent, and gradually earned her way up to the coveted position of first heir.

Q: This society is very naturalistic in some ways and materialistic in others. We think of gardeners and farmers as simple people who are calm and easy going. In your society, people are worried about appearances and are complicated. Were these pre-existing conceptions hard to reconcile with your fictional society?

Honestly, that never even occurred to me.  Many noble families through history have been obsessed with gardens, and farming has been an essential method of food production for even longer.  I think maybe the perception of farmers as simple folk is a product of an urbanized society.

Q: When you write, is the story already present in your mind or does it slowly materialize as your writing progresses?

I usually start out with a strong core, including central conflict and viewpoint character, and many tiny details I am dying to work in.  Often I have the ending, though not always.  The rest materializes as I write it.

Q: If you were Raneh, what would the society you build look like?

I think the ideal society would be one that doesn’t even need money, because people just share with each other (voluntarily, not because somebody’s forcing them to).  A society where everyone is good and kind would not need many rules at all, so there could be a lot of flexibility and creativity and freedom.  Of course, a society with all good people would be very easy to keep going: practically any government or economic system would work perfectly and fairly.

Q: Do you have any writing quirks?

I write using WordPerfect.  I don’t mind OpenOffice, but I like WordPerfect better, and I hate Word.  I’ve also started laying out my books for print while I’m writing them.  This means I write a few paragraphs, paste them into my desktop publishing program, make them look good, and move on to the next few paragraphs.  If I’m not as sure of the story, I just write a rough draft and don’t worry about laying it out, but when I’m final drafting a scene, I’m writing and PDFing at the same time.

Q: What kind of music do you listen to when looking for inspiration?

I actually cherish silence.  I am hypersensitive to noise, and especially repetitive sounds or music.  I have to hear the words in order to be able to write.  Sound distracts me.  You might say I really can’t hear myself think.

If I’m just listening to random music, I find that J-pop seems to be my favorite musical genre.  Especially Ali Project and Yuki Kajiura.

Q: Other than writing, what other hobbies do you enjoy?

I draw a comic, so I do an awful lot of art.  I decided to experiment with watercolor painting last year.  I’ll probably do more of it.  I used to crochet and cross-stitch, but I had to give those up if I wanted enough time to write (and writing was more important to me).  I sometimes do sculpting.  I try to play with my kids.

Q: If you could time travel, where would you go and what would you do?

I love time travel!  Especially mind-pretzel stories.  I’d probably want to be a time tourist, exploring the past and experiencing it.  That would be fascinating.

Q: Imagine you are stranded on an island. What three things would you most want with you? (other than people, food, shelter and necessities for life)

I would want all of my books, an Internet connection, and a mailing address that stuff I bought online could be delivered to.  I think that about covers it.  😛

Q: If you could shape-shift into anything, what would you pick?

In a world where both magic and mathematics are forbidden, Raneh is growing magic and she can’t seem to stop. She’ll face the death penalty if anybody catches her, so she hides it in the weeds of her family’s land, pretending to be a typical eighteen-year-old heir. And it works.

Until the Ruler comes to visit.

Now, with the purpose of the Ruler’s visit a mystery and not only her safety but her family’s reputation in danger, she has to find a way to do the impossible: 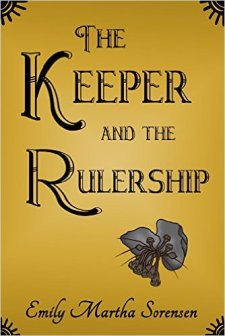