Thirteen year old Poppy returns to school to discover two major changes; there is a new girl in her dorm and Poppy can smudge the edges of time. Both turn out to be more troublesome than she ever imagined. Determined to prevent a murder that took place over one hundred years ago Poppy must face betrayal, consider her preconceptions and learn that everything is not quite as it seems. Revenge and the revelation of a one hundred year old secret change Poppy’s life forever. 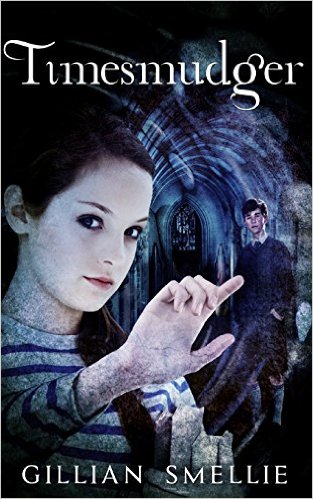 First lines: The water was too hot, Agnes called for Alice but by now she was downstairs helping cook with dinner and in any event Agnes preferred to bathe her son herself. She had already surprised her friends and had an almighty row with Ambrose over her refusal to employ a nanny and she knew that her preference to look after him herself, was considered very odd.

Gillian opens the book with a tragic scene that sets the tone for the climax of the book. Right out of the gate, Gillian hooks the reader and to my delight, never lets go. This book is written primarily for younger teens but, as an adult, I was caught in it’s web of mystery and had a hard time putting it down.

As an American, there were a few phrases that I was unfamiliar with while reading. However, the initial confusion was soon swept away. The rhythm of the book sets in early and continues in the same smooth path throughout. Gillian’s writing has a great pace and even being unfamiliar with many of the terms, the story held tight hold of my mind. This is a real compliment to the author.

The mode of time travel is intriguing and never fully explained, but really isn’t a detour to the story since the protagonist is a young teenage girl. Since the story is primarily told through her perspective, the lack of a complete explanation makes sense. One would not expect a young teenage girl to know or understand the inner workings of something as complicated as time travel. In this story, more detail would pull away from the realism.

Beyond saving Edwin, I think this book also carries a good message for young teenagers. Poppy and Helen learn that the roommate they abhor is dealing with some pretty tough matters at home and with this new understanding, they form a friendship. It’s important for kids to understand that people are more than what you see on the surface.

In conclusion, I enjoyed the book and found it very well written. I will keep it on my shelf for my kids when they are old enough to read it.