As a parent, one of my main goals is to raise my kids to care. Not just care, but care deeply. I want my kids to see other’s suffering and genuinely want to change it. I am doing my best to contribute to a generation that has the skills (emotional, educational & physical) to face the trails headed their way. Trials like deep inequality, rampant homelessness, lack of adequate food, clothing, health care and sadly the repercussions of perpetual war. I want my kids to feel empowered to make changes. A good way to do that is to give them a deep understanding of each issue. Books are a great tool to achieve this.

When I was growing up war was just the way things were. No one took the time to explain to me that there were other ways to handle attacks from other countries. I remember sitting in my classroom in middle school as the Twin Towers were hit by those planes. We watched the people jumping from the buildings on our tiny bulbous screen hung in the top corner of our classroom. About the time my teacher realized that people were jumping to their death in front of a class of children she turned the TV off.

Another teacher came into my class and the two of them angrily discussed blowing those terrorists to smithereens. My classmates heatedly discussed how America would kill them all. In middle school…the KIDS went straight to death. There was no talk of any other way to handle the attack. I remember sitting and looking at all that anger and hate and all I could feel was devastation at the choice those people jumping had been forced to make. My mind reeled with the horror I knew was coming to the country responsible. I knew in a round about kind of way what happens in wars. I knew because every chance I had I was reading story after story about anything and everything. I cared because from a very young age my brain was used to thinking from anothers perspective.

One way to do that is to read them or have them read stories that illustrate the consequences of war and poverty. I recently stumbled upon the “Through My Eyes” series while browsing books in my local library. At 20 months and 4 years my kids are still too young to read these but you can bet I will introduce them later. I suggest you read through them and introduce them to your kids when appropriate.

The explosion jolts him awake. He sits up, gasping for air, heart thumping.

Was the blast real? Perhaps it had only happened in his head, a bad dream. Demons of the dark, his father had called them. ‘Push them away. They’ll only poison your thoughts. Seek the light and they can’t hurt you.’

Naveed is sick of war – of the foreign powers and the Taliban, the warlords and the drug barons that together have torn Afghanistan apart. He’s had to grow up quickly to take care of his widowed mother and little sister, making what little money he can doing odd jobs and selling at the markets. When he adopts Nasera, a street dog with extraordinary abilities, he has a chance to help rebuild his country. But will a new friend’s betrayal crush his dreams of peace forever?

Amina lives on the edges of Mogadishu. Her family’s house has been damaged in Somalia’s long civil war, but they continue to live there, reluctant to leave their home. Amina’s world is shattered when government forces come to arrest her father because his art has been officially censored, deemed too political. Then rebel forces kidnap Amina’s brother, forcing him to become a soldier in Somalia’s brutal ongoing war.

Although her mother and grandmother are still with her, Amina feels vulnerable and abandoned. Secretly, she begins to create her own artwork in the streets and the derelict buildings to give herself a sense of hope and to let out the burden of her heart. Her artwork explodes into Mogadishu’s underground world, providing a voice for people all over the city who hope for a better, more secure future.

‘Open your eyes. We will not hurt you.’
The boy quietens; his eyes open.
‘Where are you from?’
The boy stares at them both; then says, ‘Who will you tell?’

Shahana lives alone with her young brother in the shadow of the Line of Control, the border patrolled by Pakistani and Indian soldiers that divides Kashmir in two. Life is hard, but Shahana ekes out a living with her beautiful embroidery. Then she finds a boy lying unconscious near the border. Zahid is from across the Line of Control, and Shahana takes a terrible risk by sheltering him. But how can she give Zahid up to the authorities when she knows he’ll be imprisoned – or worse?

An unforgettable novel about one young girl in war-torn Kashmir.

For high-school student Emilio Garcia Lopez, it’s an ordinary school day. But that evening the knock on the door announcing the arrival of his police officer cousin Juanita, flanked by a tall man in the uniform of the Federal Police, will turn his ordinary day into the beginning of a long nightmare. Emilio’s mother has been kidnapped in broad daylight from a hotel car park by unidentified criminals, who appear to know a great deal about her business and who have mistaken her for a wealthy businesswoman. An action-packed story set in a contemporary conflict zone. 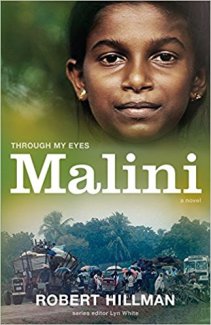 Malini lives with her parents and young sister, Banni, in northern Sri Lanka. As the civil war heads towards its catastrophic end, Malini and her family are herded by Tamil Tiger troops towards the coast where they and thousands of other Tamil civilians will act as human shields. When Malini’s father pushes a phone into her hands and tells her to run off into the forest with Banni, Malini does as she is told. But then the shelling begins, and Malini has no way of finding her mother and father. With the role of parent thrust upon her, Malini has no choice but to travel to her grandfather’s village a long way inland. She and Banni will need to keep off the highways and stay alert for soldiers. But where will the next meal come from? Who can they trust? Where will they shelter? And will they ever be reunited with their parents again?

Zafir has a comfortable life in Homs, Syria, until his father, a doctor, is arrested for helping a protester who was campaigning for revolution. While his mother heads to Damascus to try to find out where his father is being held, Zafir stays with his grandmother – until her house is bombed. With his father in prison, his mother absent, his grandmother ill and not a friend left in the city, Zafir must stay with his Uncle Ghazi. But that too becomes dangerous as the city becomes more and more besieged. Will Zafir survive long enough to be reunited with his parents?