Hello my fellow bookworms. In this spotlight we are featuring an amazing series! “The Sunset Lands Beyond” series is one we reviewed and absolutely fell in love with! If Fantasy is your genre and you’ve previously devoured the worlds of J. R. R. Tolkien this series will hook you in just the same way. Aerisia is a land of prophecy and magic. The Sunset Lands Beyond series is a tale of an unlikely heroine finding her way and becoming more than she ever could of imagined being.  Are you ready to begin your adventure in Aerisia?

The mystery of other worlds is not one Hannah Winters ever thought she’d solve. However, the day she spots a brown-robed stranger with a magical staff in a neighbor’s field is the day she also discovers Aerisia, a magical land beyond Earth’s sunset. Here in Aerisia, Hannah is believed to be the Artan, a legendary heroine prophesied to deliver Aerisia from the Dark Powers. Plenty of people, including the Simathe, a race of immortal warriors, and the Moonkind, people of the Moon, are willing to help her discover her true identity, but Hannah’s just an ordinary girl from Earth.

She doesn’t have any latent magical abilities and she’s not the Artan. However, her allies aren’t seeing it that way. Neither are her enemies. In fact, Hannah’s life is in jeopardy nearly from the moment she arrives in Aerisia. And becoming the Artan may be the only way to survive…

Discovering she is another world’s prophesied heroine was not something Hannah Winters could have ever predicted. However, having accepted the mantle of Aerisia’s Artan, Hannah must now move beyond the pain of the past and conquer her magic in order to save this land. Will the pitfalls awaiting her—suspicion, rumors, lies, betrayal, murder, warfare—halt her quest? Who is Hannah’s ally, and who only appears to be?

Will shocking revelations about her heritage push her away or convince her that she’s walking the right path? With the Dark Powers growing bolder every day, Hannah’s pursuit of answers leads her to the Underworld, a place where even immortals dare not tread, on a journey from which she may not return… 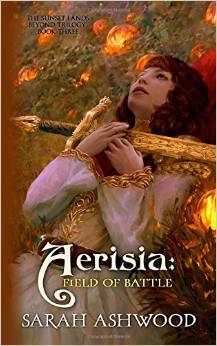 As the Dark Powers and their dreaded champion gather their forces, all of Aerisia holds it breath while Hannah Winters, their long-prophesied Artan, continues her quest in the Underworld. Should she overcome its deadly snares, is warfare against the Dark One all that awaits? Or is there a chance for love with the immortal Simathe High-Chief, and a lasting peace for her adopted homeland?

To fulfill prophecy, she’ll have to triumph where other Aerisian champions have failed, which means surviving betrayal by friends and contesting the full might of the Dark Powers. To succeed and live, she’ll have to defeat an enemy no one could have predicted with a power no one knew she possessed. Friendship and treachery, love and hatred, faith and despair, and life and death will all be played out on the final field of battle, in an epic struggle not only for Aerisia’s survival, but its Artan’s, as well…

Book One: “This is a fantastic fantasy book. The main character Hannah is well written and relatable. Her feelings and her reactions to this new world she finds herself in are realistic and appropriate. Although she can be kind of bratty, one can’t help but blame her. She is surrounded by a strange land with strange people all looking to her for salvation.
It’s a lot for a girl to take in.
I enjoyed watching her discover herself and the world around her. The legends of Aerisia are interesting and attention grabbing.” – AlliesOpinions

Book Two: “This book was just as awesome as the first. I really enjoyed exploring the changing relationship between Ilgard and Hannah. He is a pillar of strength in her time of need.
I am fond of the way their relationship is playing out. Considering all of the trials and obstacles they have weathered, I would say the bond they are building is very realistic.
I also enjoyed how there is more explanation of the prophecies in this book. They are timed really well and add weight and merit to each new event that occurs.
The world building continues to impress me. I really enjoyed how much more of Aerisia is brought to light. This is an intricate world and the author does a great job of introducing pieces of it in ways that aren’t overwhelming to the reader.” – AlliesOpinions

Book Three: “This is the series that keeps on giving! Every book has been amazing. This one was the perfect icing on the cake!

A lot of things come together in this book. All the legends and prophecies finally come to life. And what a glorious way they do. The descriptions are captivating.

I’ll admit I binge read this book. I couldn’t put it down. I HAD to know what happened. I was hanging on each word. The suspense is perfect. It captivates you and you’re literally on edge until it ends.

Hannah really does embrace being the Artan. It was fascinating to watch her transform into this amazing woman throughout the series. Her character will stick with me for a good while. She feels like an old friend at this point.” – AlliesOpinions 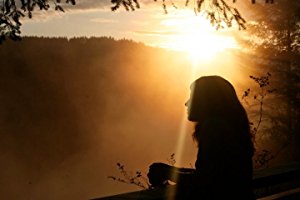 Don’t believe all the hype: Sarah Ashwood isn’t really a gladiator, a Highlander, an expert fencer, a skilled horsewoman, an archer, a magic wielder, or a martial arts expert. That’s only in her mind. In real life, she’s a genuine Okie from Muskogee who holds a B.A. in English from American Military University, and is the author of the Sunset Lands Beyond fantasy trilogy, Amana, and A Minstrel’s Musings. She lives (mostly) quietly at home with her husband and three sons, where she tries to sneak in a daily workout or run to save her sanity.

AlliesOpinions is proud to give The Sunset Lands Beyond series our official recommendation.